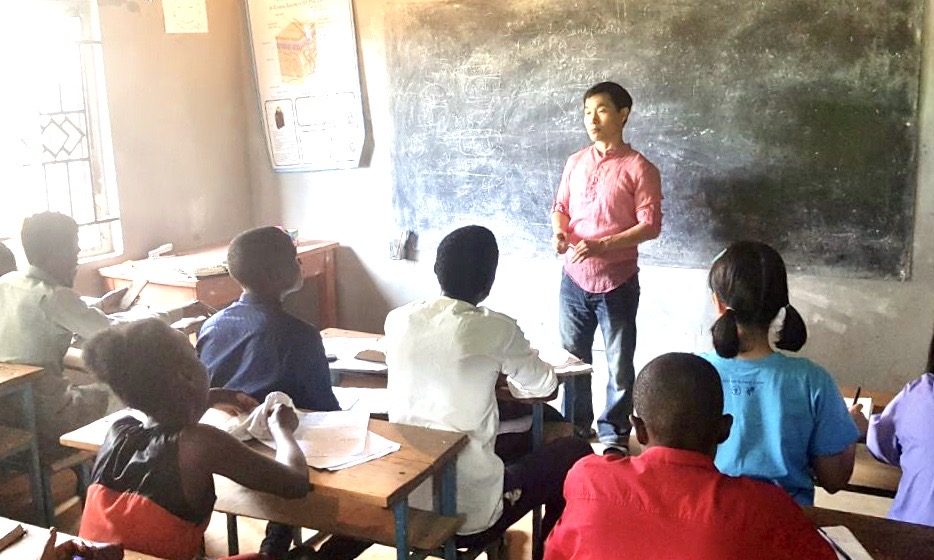 He shared: “The Gospel is the power of God to give us salvation but it is shameful to those who are blinded by the god of this age.” He explained 3 types of people who can understand Justification in a religious way as Israel’s sacrifice, civil way, and commercial way. The death of Jesus has meaning, he was like a slaughtered lamb but silent and didn’t go against God. Jesus obeyed yet he was killed for the sin of mankind.

Faith does not work like a formula of mathematics but it touches the heart of those who can believe the love of God through Jesus Christ. They live a life depending on the grace of God instead of depending on their own works.

Those who are really justified and saved, have true joy and hope because of the peace with God. Their life changed to be used as an instrument of righteousness. “Even though there is a battle between two me’s and two laws, we are joyful in God as we believe God can change us in the way of Sanctification”, it was concluded.

OTM members had many questions, such as what is the different effect between blood of animal and blood of Jesus. Missionary James shared the book of Hebrew Chapter 9 and 10, that heavenly sacrifice need a spiritual sacrifice to give us eternal redemption. Another member asked if there was no righteousness under the heaven in the past, then does that mean there will be no one righteousness in the future. Missionary James shared that when the bible says no one is righteous, means we cannot be righteous in the earthly level but in front of God on God’s level. But we can have the righteousness of God from the Gospel then we do not need to worry as the more important thing is condemnation after judgment. Bible says there is no condemnation in Christ.

Missionary James shared that “OTM members are following up the bible study well as I can realize it according to their questions as Romans is teaching about sin and righteousness” In this night, they had a Jubilee Festival together with teen leaders.